How much money do you make as an apartment locator?

How much money do you make? This is a question that is asked by virtually everyone who is interested in becoming an apartment locator, and for good reason. You want to know if it is a viable income source, and if you will be able to pay the bills. Because this has been asked so much I decided it would be best to go ahead clear the air around this question so that everyone considering becoming an apartment locator will know exactly what to expect.

What I am not going to cover in this article, is the cost of being an apartment locator. Reason being, is because the article would be too long, so I thought it would be best to split the article up into two separate sections.

“You can’t have million-dollar dreams with a minimum wage work ethic.”

The nuts and bolts of the apartment locating transaction

Now that you know the commission structure of an apartment locating transaction, you can better understand how you the agent would earn money.

As a real estate salesperson, you have to license under a broker. Just like an apprenticeship program. These brokers typically will take a portion of the transaction that you close. There are two main types of broker sponsoring formats.  Independent and Traditional

Traditional: Working for someone else

With companies that offer the free move or larger rebate incentives you are typically going to land around 25% of the initial commission on the leads they provide.

Other companies that do not have an incentive will allow you to make up to 40-50% of the transaction on the leads they provide.

The reason I added the caveat of “leads they provide”, is because in order to work for them they require you to work a certain amount of their leads. This will be both yours and their primary income source.

You are permitted to work self-generated leads, and you’ll typically earn up to 70% of the commission.

Independent: Working for yourself

In most cases you are responsible for providing your own leads. Some broker sponsorship programs do have leads available, but not many.

However, the big benefit of working for yourself is going to be that you can typically earn 100% of the commission. You get to determine whether or not you want to offer a rebate.

So now that you have seen the difference in the two types of broker structures, in comes the elephant in the room,

How big is the average commission?

A very large majority of apartment communities pay by a percentage, and really the commission varies from market to market, and area to area.

Downtown Dallas for example, has an average rent of a 1 bedroom around $1400. The most common commission in the downtown area is 100%. So, for a one bedroom, your average commission is going to be about $1400 in this area.  The rest of Dallas is predominately 50%, and the average rent for a 1 bedroom is going to vary from as little as $500 to $1000 depending on the demand of the area.

If I was going to put an average commission on the transactions we do, I would say it was around $900 in the Dallas Fort Worth area. But, it can go up or down depending on the market that you are focusing on. Also, a majority of my agents focus their attention on those higher income potential areas and markets.

Really there is no clear answer to say you can make “X” amount as an apartment locator. You will get out of it exactly what you put into it. Some agents that work for the bigger apartment locating firms earn between $20k per year up to $80k per year being the top salesperson.

But, with working as an independent contractor, your income is only limited by your work ethic. You can make as little, or as much as you like. I have one agent that cleared over $10k last month, and that was with 8 transactions. Her primary area is the downtown Dallas area and her average commission is well over $1000.

“Opportunity is missed by most because it is dressed in overalls and looks like hard work.” -Thomas Edison

Independent Contractors are also not limited to just apartment locating. For more information on that check out our article: “Can you be an apartment locator and a Realtor?”

PrevPreviousMore Ways To Make Your Dallas Home Office More Efficient For Your Apartment Locator Job
NextHow much does it cost to be an apartment locator?Next 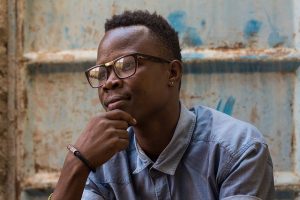 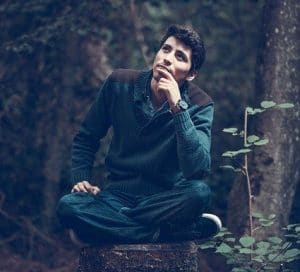 Common Misconception #1 Is there a difference: Realtor Vs. Real Estate Agent. I hear it in conversations quite often. People who are not familiar with 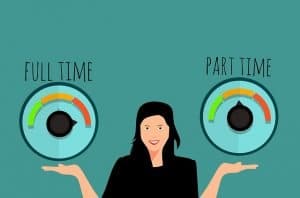 Can you do Real Estate Part Time?

Real Estate as a profession is one of the most flexible industries to be in. You can do real estate part-time or full-time. We have

How to get a real estate license Fast and Cheap!

You may be wondering how long does it take to become a licensed real estate agent in Texas, or maybe how much is it going

Looking for a low-cost Texas Broker Sponsor? Spirit Real Estate Group has a broker sponsor program for agents that is $199 to start, and that

How to Find a Sponsoring Broker for My Real Estate License

You have just passed your real estate exam and you are looking for a broker sponsor, or you are looking to change broker and you don’t know what to do to find a sponsoring broker. 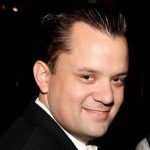 “By the Book” and “Take your time and do it right”, are just a couple sayings that describe how Bryan Bjerke runs his company. He is a devout Christian that is in the word every day, and built his company to be a blessing to agents who have the drive to build something they can call their own. If you would like to know more about the broker, go to our about the broker page.